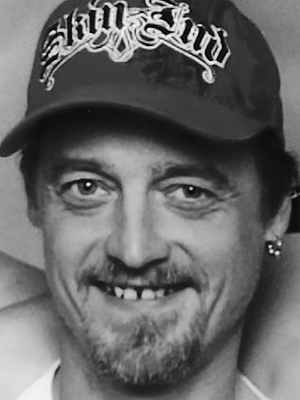 In our home surrounded by family and in the loving arms of his loving wife, it's with great sadness that we announce the heartbreaking death of our beloved Timmy at 7:30 a.m. on August 1, 2022 after a courageous illness while battling cancer. He left his very loving and supportive wife Carla’s arms here on Earth to be reunited with his loving mother's arms in Heaven.

Timmy was born on November 24, 1971, in Lunenburg, NS. He was the son of Cecil Childs Jr. and the late Marilyn (Ernst). He followed his father's footsteps and started his career as a deckhand on scallop draggers at the young age of 16, mostly for Mersey Seafoods Ltd. where he continued to work until the time of his illness. He enjoyed going on adventures with his wife, always stopping at yard sales, playing his video games and spending Christmas with his in-laws.

He is survived by his very loving wife and best friend of 14 years Carla (Zinck). He is also survived by family members father Cecil, brothers Todd and Bobby (Lacey), sister-in-law Annette (Paul) Nauss, son Brandon (Selina) Eisnor, daughter Felicia Childs, his pride and joy, his grandchildren Madisyn, Brylee, and Kian Eisnor who always put a smile on his face. Several nephews and a niece, many aunts and uncles. His in-laws, whom he was more like a son to, Robert and Lillian Zinck.

He was predeceased by his mother Marilyn.

Many thanks to Dr. Riding for making house calls, Rachelle and the team at Lunenburg County Palliative Care, Lunenburg County VON. Timmy and I would also like to thank our support system who was there for us around the clock in the last four months and stayed with us in his final days; his Dad, Annette and Paul Nauss, Jacklyn Mosher, Pam Feener, Robert and Lillian Zinck; also with them was Chris Mosher, Austyn Mosher and Douglas Sawler for helping us pull off the most beautiful wedding the month before his passing.

Memorial donations can be made to the Heart & Stroke Foundation of Nova Scotia, The Canadian Blood Service of Nova Scotia and The Lunenburg County VON. A graveside service will be held Saturday, August 27, at 2 p.m. at the Martins River Cemetery in Martins River.