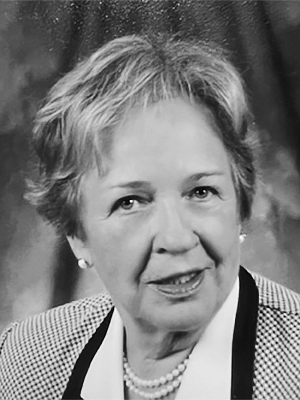 Age 86, of Lunenburg, Nova Scotia, formerly of Greenwich, CT, died in Lunenburg on Monday, August 1, 2022. Born in Lunenburg on March 4, 1936, she was the daughter of Audrey (Smith) and Wallace Smith.

Susan worked at the World Affairs Council in Boston and for the Canadian government at the Boston Consulate General and for the Continuing Education Department of the Greenwich Board of Education.

Susan was always thankful for and proud of her family's involvement in shipbuilding and the development of the fishing industry through High Liners Foods Ltd. Her grandfather was the Smith of Smith and Rhuland which built the original Bluenose, and her mother christened the original schooner.

A service to celebrate Susan's life will be held at 6 p.m. on Friday, August 5, 2022, at St. John's Anglican Church Lunenburg. Funeral arrangements are under the direction of the Dana I. Sweeny Funeral Home. Interment will be at Hillcrest Cemetery, Lunenburg.

Memorial Donations may be made to St. John's Anglican Church or to the charity of your choice.

Online condolences may be sent by visiting: www.sweenyfuneralhome.ca