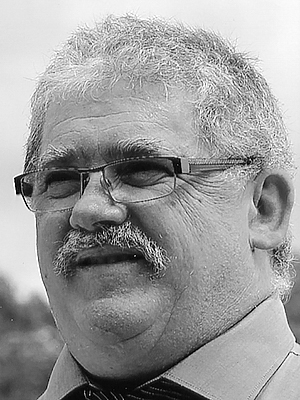 It is with a heavy and forever broken heart that the wife of the late Wade Frederick Wakerell of Bruhm Road, Branch LaHave, NS, announces his sudden and unexpected passing at 58 years old on December 31, 2022.

Wade was the youngest son of the late Gerald and Marilyn Wakerell of Crouses Settlement, NS. Wade was also predeceased by his father-in-law Granville Whynot (Bruhm Road) and his beloved puppy dogs Maggie (his puppy girl) and Simba (his Bimmie), and various uncles.

His is barely survived by his wife Deborah(Whynot), who is trying to figure out how to go on without him, his mother-in-law, Betty Whynot of Bruhm Road, brother-in-law Gary Whynot of Halifax, his sister Denise(Mark) Eaton of Wileville, brother Dwayne(Shannon) Wakerell of British Columbia, aunt Judy Sharpe(late Art) of Maitland, as well as nieces and nephews.

Special thanks to Lisa and Michael Demone, and Graham Killen, who have been Deb's rocks during this time, as well as Wade's friend and neighbour Kenny Bruhm.

Wade, you will be forever loved, remembered and grieved for by your wife and fur babies. To quote Celine Dion's song, "I'm everything I am....Because you loved me."

This is not goodbye, my heart and soul, it is until we are reunited again.xo