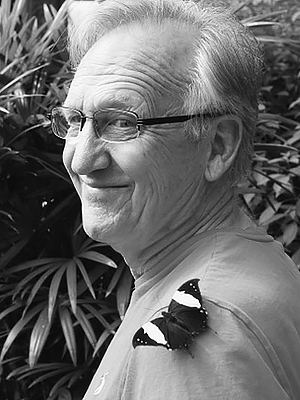 Robert Fish, whose photojournalism brought stories to life across four decades, died of cancer in Nova Scotia June 11th at age 73. Mr. Fish photographed and documented events such as the U.S. Open Championship golf tournament at Pebble Beach, the opening of the Monterey Bay Aquarium, Cesar Chavez fighting for farmworkers, Clint Eastwood becoming mayor of Carmel as well as fires and landslides in Big Sur — before returning home to his boat in the Monterey Harbor in California. “He was adventurous, he was fearless, and he would climb ships’ masts, construction crane booms or hang from helicopters to get the best shots as the former Herald Chief Photographer. While Mr. Fish excelled shooting photos in more fixed, professional settings including for the “Cooking Secrets” guidebook/cookbook series his wife Kathleen DeVanna Fish wrote, he was also a dogged photojournalist who wouldn’t back down from doing his job documenting current events. Moving to Nova Scotia was a dream come true in the winter of 2000. A lifestyle change that he embraced because of this welcoming community and the beauty that surrounded him. He enjoyed working at the Foodbank and giving back his appreciation as a citizen of Canada. After selling their businesses, The Cottage Connection and A1 Property Management, which they started together in 2001, their plan was to travel and enjoy their community on Heckman’s Island. Robert is survived by his wife, Kathy; daughter, Liza Fish Clark in Portland, Oregon; and his brother Dan Fish, Aptos, California. In keeping with Robert’s wishes, cremation has taken place and there is to be no public memorial service. In lieu of flowers, memorial donations made to Fishermen’s Memorial Hospital, Lunenburg would be appreciated by the family.