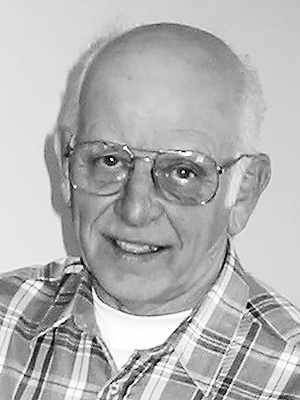 Age 85, of Maitland, Lunenburg County, passed away peacefully on Tuesday, November 17, 2020 in Fisherman’s Memorial Hospital. Laurie was the son of the late Reginald and Edith Veinotte of Maitland. Survived by his wife of 47 years, Doris Elaine (Emberly); his children, Christine (Jeffery) Oickle, Arthur (Holly-Lynn) Veinotte, Judy (Randy MacPhail) Meisner; grandchildren, Kristopher, Roger, Tristen, Samantha, Jonah, Dylan and Hunter; step-grandchildren, Ashley and Andrew; step-great grandchildren, Houston and Fallon. Besides his parents, Laurie was pre-deceased by his brother, Arthur Reginald Veinotte and his daughter, Yvette Lynn Veinotte. At the age of 16 Laurie started working at Hirtle’s Woodworking which later became Nova Scotia Building Supplies in Blockhouse. After 52 years he retired and then continued to work part time for the next few years as he enjoyed the people and working with wood. Laurie spent his life spending quality time with his family. Weekend car trips to the Valley, Halifax, going to beaches and lots and lots of picnics. Summer vacations on Prince Edward Island are a fond memory that will always be cherished. After retirement he enjoyed spending time with his family and fishing with the grandchildren. He always kept busy "puttering" around his home. In keeping with Laurie’s wishes a private service will be held at a later date. In lieu of flowers, memorial donations may be made to VON Lunenburg County, Dayspring Cemetery, Health Services Foundation of the South Shore or a charity of your choice. The family would like to thank all the wonderful health care professionals who helped through this difficult time for all their care and compassion. Arrangements entrusted to the care of Mahone Funeral Home, PO Box 200, 32 Parish St., Mahone Bay, NS B0J 2E0 (Tel: 902-624-8241). Online condolences may be sent to the family by visiting: http://www.mahonefuneral.ca/