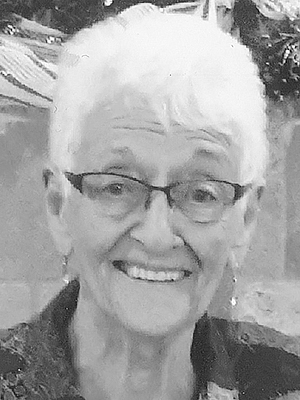 Sadly, on February 28, nine days before her 90th birthday, Helen’s journey ended at Northwood Ivany Place in Bedford. Born March 9, 1931 in Walden, to Maude (Zinck) Veinot, she grew up on her grandfather’s farm. After she married Lewis Sawler she moved to Western Shore and it was there her five children were born. Helen was very active in her church community while in Western Shore. Later she moved to Lunenburg and worked at National Sea Products until her return to Community College to upgrade her education. She worked as a PCW until she became the Activity Director at Harbourview Haven, Lunenburg; a job she cherished until her retirement. It was at Community College she met Everett Slauenwhite whom she later married and moved to New Germany. She had a very charismatic personality and made friends and strong connections wherever she was. She was a great conversationalist and always had a story to share. She always took pride in her appearance and dressed to the nines. She had a smile that could light up any room. Helen was an avid reader and gardener as evidenced by the flowers and plants surrounding her home in New Germany. She had various hobbies which included sewing, knitting, making teddy bears and quilts for various family members to cherish. She loved to bake and happily shared with her friends and family when they visited. Helen was predeceased by her mother, Maude (Zinck) Veinot, stepfather, Hibbert Veinot, and brothers, Nelson, Ray and Richard, her son-in-law, Denis Gilbert. She was also predeceased by her husband, Everett Slauenwhite (2013). She leaves behind her sister, Marjorie (Kevin) Oickle, New Germany; her children, Juanita (Walter) Pierce, Lr. Sackville; Michael (Linda Jonsson) Sawler, Hebbville; Annette Sawler, Christine Hoskins, Halifax; Jacquelyn Gilbert, Newburne; stepchildren, Glen (Nadine) Slauenwhite, Sherry (Greg) Russell, both of New Germany. Grandchildren, Kim Pierce-Blagdon, Dan Pierce, Chris Pierce, Mike Sawler, Joey Muggah, James Muggah, Paige Sawler, Melissa Sawler, Damian Gilbert; step grandchildren, Devin Slauenwhite, Deanna Trepanier, Jillian and Christopher Russell. She also leaves behind 11 great-grandchildren and two great-great-grandchildren. Arrangements entrusted to Sweeny’s Funeral Home, 35 York Street, Bridgewater, where on-line condolences may be made by visiting http://www.sweenysfuneralhome.com/ Cremation has taken place. At her request there will be no funeral service. In her memory, contributions may be made to a charity of choice or to the Alzheimer’s Society.