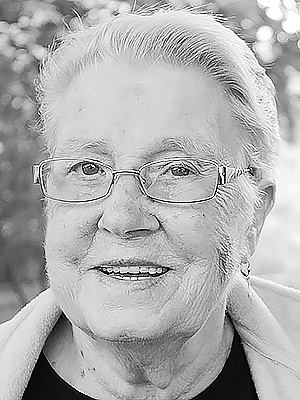 Age 96, of Bridgewater, died at the South Shore Regional Hospital in Bridgewater on May 6, 2021. A devoted grandmother, mother and wife, she was born on February 22, 1925 in Camperdown, Lunenburg County. She was the daughter of the late Newton and Rhoda (Slauenwhite) Wamboldt.

She met and married her husband Fred in Bridgewater where they lived for 72 years and raised their three children. She started out working at the Fairview Hotel and later in later in life worked for Riverport Seafoods. Her main passion in life besides her family was her flower gardens and she would spend hours outside trying to make them perfect. She was always trying to find the right plant for this spot or that spot.  In the winter months she would spend hours doing embroidery to pass the time. After receiving news that she had Acute Macular Degeneration of her eyes, that diagnosis took away many of the things she enjoyed doing. She was a long-time member of St. Paul’s Lutheran Church in Bridgewater and enjoyed service immensely.

Goldie is survived by her husband, Fred; daughters, Linda (Gary) of Ontario and Valerie (Tony) of New Elm; four grandchildren and five great-grandchildren.

She was predeceased by her son, William (Virginia) of New Glasgow and her grandson, Roderick. She was the last survivor of her immediate family of which she had two brothers, Orace and James; and seven sisters, Winnie, Thelma, Lettie, Sadie, Idella, Grace and Bertha.

Mom’s favourite saying, “If God spares me another day, I’ll do that tomorrow”.

Funeral arrangements under the direction of Sweeny’s Funeral Home, Bridgewater. Cremation has taken place at Goldie’s request and a private family burial will be at a later date in Lone Oak Cemetery, New Elm. Donations may be made to the charity of your choice.

Special thank you to Dr. Chaisson and the medical team on the third floor of the South Shore Regional Hospital for their compassion and care. Online condolences may be made by visiting www.sweenysfuneralhome.com