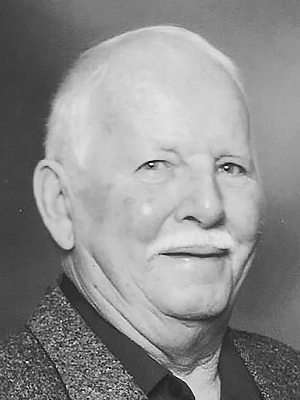 It is with great sadness that the family of Captain Peter Donald Creaser, 79, announces his passing on Saturday, January 14, 2023 at South Shore Regional Hospital, Bridgewater.

Born in Riverport, he was a son of the late Donald and Phyllis (Conrad) Creaser.

Peter started going to sea as a seaman at a young age with the OK Service boats, from there he started scallop fishing with a grade six education. He returned to school for his engineer’s ticket and went on to be Chief Engineer with Scotia Trawlers. He left fishing for a while and went as 2nd Engineer on the supply tugs and visited many places. He returned to Scotia Trawlers and went back to school, with the help of family and friends, to receive his fishing Masters Class 1 Certificate. Peter then became mate for a while, then as Captain with the David and Frederick; Captain on the first freezer trawler the Cape Blomidon until his retirement. Not able to sit still, he found work with the Old Town Golf Course.

Peter was a hardworking man, always doing something. He loved to meet people and have a good yarn.

Besides his parents, Peter was predeceased by his sister, Joanne.

Funeral arrangements are under the direction of the Dana L. Sweeny Funeral Home, Lunenburg. A graveside memorial service will be held at Shepherd’s Hill Cemetery, Riverport at a later date.

In lieu of flowers, memorial donations may be made to SHAID Tree Animal Shelter, Lunenburg County Home Support or to Shepherd’s Hill Cemetery. www.sweenyfuneralhome.ca