Taking a closer look at the northern fulmar

On Sept. 10 I set out for Brier Island where I joined a boating excursion to search for pelagic birds.

The northern fulmar is my bird of choice to write about this week.

The northern fulmar nests on isles or islets and rocky cliffs along coasts of the Aleutians, Alaskan Peninsula, the Franklin district of Canada and Greenland and also in Europe. They are found offshore in winter from Labrador to New England and on the Pacific coast south to Baja California.

The northern fulmar is 42.5 to 50 cm long with a wingspread of 105 cm. They are a stocky seabird with a large round head, dark brown eyes, and a short, massive yellow bill with a hooked tip. There are high prominent nasal tubes. They generally have a white head and underparts and a gray back, wings, and tail. They are found along reefs and edges of currents and often follow fishing vessels. The food of the northern fulmar is fish, mollusks and crustaceans.

I birded Digby Neck on the way back home and found very few birds. Probably the least that I've ever seen. Others who stayed on Brier Island saw numbers of warblers, yellow-bellied flycatchers, Mississippi kites, a Baird's sandpiper, a buff-breasted sandpiper and lots of other bird species. Some broad-winged hawks were also moving through.

On Sep. 4, David Watson of East LaHave took a walk and heard a magnolia warbler calling. He also spotted a sharp-shinned hawk on top a dead tree. Within seconds a blue jay showed up and soon there were four more that chased the hawk away. On Sept. 8, Steven Hiltz sighted two killdeer at Wentzell's Lake. 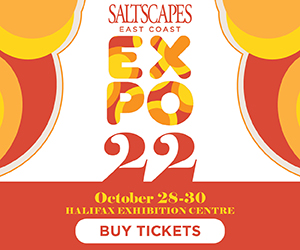 Moira Creighton reported that a merlin came into her garden in Pleasantville and took a mourning dove. On Sept. 9 a large group of warblers came through my yard in LaHave. I did not have a lot of time to see what species were present, but was able to identify a chestnut-sided warbler, a yellow warbler, a magnolia warbler and a black-throated green warbler. I also heard a red-eyed vireo calling.

Christine Welldon reported a belted kingfisher sitting on the wires at the Sawpit Road in Lunenburg. She tells me that one shows up there every year at this time.

Paul MacDonald reported that at this time of year huge numbers of red-winged blackbirds gather at the Belleisle Marsh. Marg Millard of White Point told me about observing a large murmuration of European starlings in Bridgewater. On the way to Port Joli she saw a large gathering of common grackles. At White Point she witnessed birds such as American robins, European starlings, cedar waxwings and blue jays catching flying ants.

Some people are still seeing ruby-throated hummingbirds. On Sept. 12, Andy Moir still had some coming to his feeders at Freeport, Long Island, A mute swan showed up along the Portapique River and Ross and Linda Hall were some of the lucky ones to get to see it.