South Shore Players are back with Canada’s Ocean Playground

Did you ever wonder about the origin of the name Bluenose, wish to learn about the Europeans' arrival from a Mi'kmaw elder, or gain insight into Nova Scotian cultural groups? Then the upcoming production by South Shore Players is a must-see.

The local theatre company is thrilled to be bringing theatre back to the stage with Canada's Ocean Playground, an upbeat musical comedy revue written by Hank Middleton and directed by Jon Allen. The show links historical and recent events, and is sprinkled throughout with comical twists and whimsical musings.

"After such a long hiatus due to COVID, it's wonderful to be able to provide live theatre to a live audience again," says Allen.

"The show is all about us, Nova Scotians," says Middleton. "It's going to be a wonderful production with a cast of more than 20, including 12 youth, a number of guest vocalists and a large band of musicians."

Suitable for all ages, Canada's Ocean Playground will entertain and educate. Songs cover a variety of Nova Scotian themes in a diversity of musical genres, from blues to bluegrass to rock. 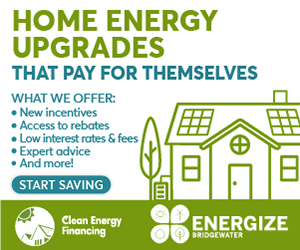 Audience members will enjoy songs and skits about a potential Cape Breton separation, the disappearance of our railroads, the difficulty of learning English, why we had to "stay the blazes home" and much more.

"It's certain to be an evening of laughs and toe-tapping tunes," says Middleton, "a celebration of everything Nova Scotian."

The show is being staged with the generous support of the Bluenose 100.

COVID protocols will be strictly enforced.