On the election homestretch — Thomas Trappenberg

The candidates in the September 20 federal election are now on the homestretch. LighthouseNOW talked to the four who are vying for the riding of South Shore-St. Margaret's. As the campaigning nears an end, we wanted to know what they saw as the main issues facing the riding, possible solutions, and what they personally bring to the table. We're reporting their perspectives in alphabetical order, by party name.

Here's what the Green Party's Thomas Trappenberg told us:

For Thomas Trappenberg, the biggest challenge facing South Shore-St. Margaret's "is not to all further behind."

The main issue in the federal election boils down to this: during the post-pandemic economic recovery, "we have to move to a green economy," he told LighthouseNOW.

Due to climate change, "our economy has to change," said Trappenberg, who lives in Hatchet Lake at the northern end of the riding.

According to Trappenberg, South Shore-St. Margaret's has a lot of potential for change in the right direction.

"We have a lot of space, we have a very high sun index, we have many other resources to actually move to a green energy ... building solar farms and so on. 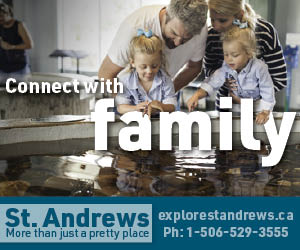 "So my biggest issue is that, if we want to be prosperous in South Shore-St.Margaret's, we have now to invest into this infrastructure of the future, not the infrastructure of the past. Doubling highways, that's the past. Having high speed internet and a really solid backbone that is what we need. Having a smart grid, and a facility to export our green energy, that is where the future is."

He refuses to adopt a traditional approach to the campaign.

"I am tired that people tell me they will vote for me if I pave their driveway. People have to think a little bit deeper." Though he says "luckily" some people are starting to think about the climate, "many people don't. "

A scientist and university professor, who is also an entrepreneur, Trappenberg says he brings to the political table "lots of ideas."

"I think I'm quite capable of contributing. I am also [able to work] with everyone else." However, he notes, that for the Green Party, "parties are not just the only thing."

"Just voting for the old [parties] will not change anything," he insisted, noting he himself has been running for office for 15 years. "I have heard these promises, for example high-speed internet on the South Shore. Nothing has happened. And every time they promise it again."

Trappenberg suggests that nearly half of the population are so "disgusted" and cynical, they won't even vote anymore.

While he's under no illusion regarding his chances of the likelihood of his winning the seat for the riding, he said, "If people who are so disgusted would at least vote Green to send a signal, I could actually get elected."