Municipality of the District of Lunenburg briefs

MODL's council voted unanimously at its September 14 meeting to direct staff to hold a public information session and direct the Planning Advisory Committee to review a rezoning application McCarthy's Towing and Recovery Ltd. submitted in August.

The family that owns the business wants to replace a garage that was destroyed by fire on November 17, 2020.

"Instead of rebuilding on the same sight, McCarthy family applied to build a new 75 [by] 100 feet [23 metres by 30 metres] repair garage. And it's going to be on the vacant property at the intersection of Forest Side Drive and Highway 3," Byung Jun Kang, Planner for MODL, told the council members in the online meeting. "In order to start building, rezoning from Rural to Light Industrial is required," he added.

A document presented to council explained that rezoning is necessary "because an industrial development larger than 2,260 square feet [210 square metres] is permitted only by development agreement in the Rural Zone (clause 9.4.2 of Hebbville Land Use By-law) and prohibited in the Two-Unit Residential Zone."

Prior to the vote, Mayor Bolivar-Getson commented, "So where Hebbville does have planning, this is the next stage that would have to happen to move this application forward and part of the regulation process." 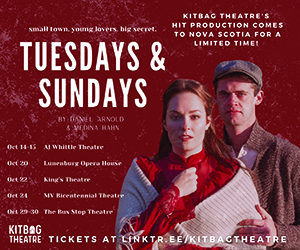 Subsequent to the council meeting, public information sessions were planned for September 28 and October 12. Both would be live-streamed on MODL's Facebook page.

The Municipality of the District of Lunenburg (MODL) is now offering a Level 2 electric vehicle charging station at its municipal services building in Cookville.

The move is part of the council's efforts to reduce greenhouse gas emissions (GHG) in the municipality by 40 per cent by 2030, according to a news release issued by the municipality on September 17.

"Since gasoline and diesel contribute 29 per cent of the total GHG emissions in the municipality, encouraging zero-emission vehicle use is an important commitment to help limit global warming," the municipality noted in the release.

"Switching from a gas-powered vehicle to a zero-emission vehicle is one of the most effective ways of reducing carbon emission," MODL's mayor, Carolyn Bolivar-Getson, said in the release. "Making electric vehicle charging stations available and affordable is one way we can encourage citizens to purchase zero-emission vehicles."

Up to two vehicles are able to charge at the same time at the building's charger, at a cost of $1.05 per hour, per vehicle.