The Mass Casualty Commission says "no fact is too small" as it delays public hearings on April 2020's mass shooting and arson rampage to ensure the most accurate information is shared with Nova Scotians.

Public proceedings originally scheduled to start on Oct. 26 at the Halifax Convention Centre and other venues have been pushed back to late January.

The independent public inquiry said gathering information and redacting sensitive and private details is taking longer than anticipated. Information about what happened during the tragedy that killed 22 people and an unborn child continues to flow into the commission. The investigations team is conducting witness interviews and following new leads.

Brothers Harry and Cory Bond of Lunenburg County lost their parents, Peter Ivan Bond, 74, and Joy Jean (Monks) Bond, 70, during the shooting. The parents, formerly of Chester, moved to Colchester County more than 10 years ago. The brothers were among those pushing for the inquiry.

The Lunenburg County-based advocacy group aimed at preventing and dealing with gender-based violence, Be The Peace Institute in Mahone Bay, has joined Women's Shelters Canada and the Transition House Association of Nova Scotia in participating in the inquiry.

The commission already has gathered and analyzed nearly 40,000 pages of evidence and 230 video and audio files, on top of information collected through its own investigations, witness interviews and site visits.

The collection of facts, including subpoenaed RCMP information, will form the basis of "foundational documents" to share with the public on what happened on April 18 and 19, 2020. 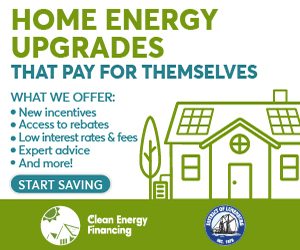 Participants in the inquiry, which include family members of those killed and organizations with a direct interest in the probe, are being asked to review the draft documents to help identify any gaps or omissions.

"The contribution of all those who have come forward is greatly appreciated. We encourage anyone with any information to get in touch with us," Barbara McLean, investigations director with the commission, said in a statement announcing the delay. "We are following up and adding new information and details as the process continues."

Hearings are now scheduled for February, after the public proceedings begin in January. The commission says the delay won't push back its target of May 2022 for an interim report or its final report in November 2022.

Emily Hill, senior lawyer with the commission, said it is vital that participants, their lawyers and the commission have time to review and discuss the draft documents on what happened. "Once this review has taken place, the areas that require further investigation and exploration will be identified, and the foundational documents, which link to source materials, will be made public," she said.

Sandra McCulloch, a lawyer representing survivors and the families in two proposed class action suits, said the clients are content with the change in schedule. "It provides adequate time for all participants to properly prepare for the proceedings," she said. McCulloch declined to comment further, citing a request from her clients.

The commission said feedback is welcome even after the documents are made public. Its ultimate recommendations won't be binding.

Janet Whitman is the contributing editor and a staff reporter at Advocate Media.