MAHONE BAY - This Lunenburg County town is looking into potentially reshaping the busiest traffic corner in its downtown.

The town awarded Quebec-based WSP Canada, which has an office in Nova Scotia, a $44,000 procurement to develop functional design options for reconfiguring the intersection of Main Street and Edgewater Street.

Civic politicians are "interested in reconfiguring this intersection to improve intermodal traffic flow – pedestrian, cyclist and vehicular traffic – with a focus on public safety," said the tender document available online.

The consulting firm has to consider, among other factors, active transportation, movement of goods, land-use and future growth factors and the environment.

"Traffic volumes in Mahone Bay continue to increase and the intersection is currently above capacity during peak traffic flows (seasonal tourist traffic) and is additionally congested by pedestrian traffic, particularly as pedestrians regularly cross outside of established crosswalks during tourist season," said the tender.

"These issues are only expected to worsen in the future as traffic volumes continue to increase. The redevelopment of the intersection also provides an opportunity to support council's objective of improving safety for people using any mode of transportation."

The town is providing traffic crash data, vehicle counts, service utility and previously finished studies and plans as they relate to the intersection.

The three-way intersection, which has a mix of stop-and-yield options, sees 10,000 vehicles per day, the town said. 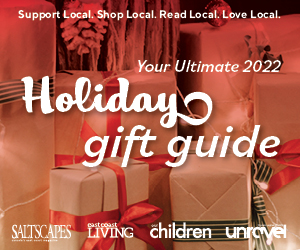 "Nearly all commercial traffic through Mahone Bay passes through this intersection, as do nearly all visitors and most local traffic," the procurement continues. "Several other local roads intersect Edgewater Street and Main Street in the vicinity of the intersection, which impact traffic flow, including Orchard Street, Parish Street and Clairmont Street. There are also a number of commercial operations in the area with parking lots, and in one case (Tim Horton's) a drive-thru lane, which impact traffic flow."

A group representing the interests of visitors to the area and the business community isn't opposed to the town taking a look an intersection that results in "confusion" for some travellers. Mahone Bay Tourism and Chamber of Commerce looks forward to seeing the options presented but figures council may be limited in what it can do.

"I'm sure once the study is done, I'm sure there will be a period of consultation; I look forward to that," George Anderson, president of the business and commerce group, said in an interview.

If the town chooses to make changes, he hopes the construction schedule is reasonable.

"It is a habit of municipalities to do this work in the summer and, that, I think, is a concern because we are a tourism-dependent town and if the main intersection in town is going to be disrupted by significant work, then I think, from the chamber's point of view, the tourism flow would be disrupted."

He gave the example of the waterfront work along Edgewater Street last summer as an example. The work was needed, Anderson said, but sealed off a major much-needed parking area.

"For me, for the chamber, the issue won't be so much what are the improvements, but when exactly is work to be done," he added. "If it's July or August, I don't think it's going to be a great approach from a tourism point of view."

The town hopes to have a preliminary design option to consider by June.