A couple of local municipalities have no issues with its RCMP service even as the Mounties, as contained in a Public Safety Canada (PSC) briefing note, bemoan the strain of its contract policing obligations nationwide.

"We are happy with the services provided and haven't had any concerns about costs," Jennifer Webber, a spokeswoman for the Municipality of Chester, told LighthouseNOW. "If contract policing is reviewed for this area, or in a broader context, council would gladly participate to hopefully arrive at a solution that would meet the needs of all parties."

Over in the Region of Queens, Mayor David Dagley said his municipality is fully staffed with a dozen RCMP officers and said the working relationship is good with the Mounties.

"In the past, the municipality has voiced its concerns to the RCMP about staffing vacancies at Queens detachment. During that time, the RCMP had to bring in officers from other jurisdictions or pay overtime to current detachment members," Dagley told LighthouseNOW.

Officers routinely provide information, statistics and updates to municipal councils in Queens and Lunenburg counties. Bridgewater is the exception as it has its own town police force.

The Municipality of Chester budgeted $1.83 million, and Region of Queens $2.1 million toward RCMP policing in 2020-21. The towns of Lunenburg and Mahone Bay, along with the Municipality of the District of Lunenburg, also have RCMP services, but local government officials contacted within those jurisdictions didn't provide comments for this story.

A briefing note provided to PSC Minister Bill Blair indicated the agency and Mounties "have confirmed that there are systemic sustainability challenges impacting the whole of the RCMP." 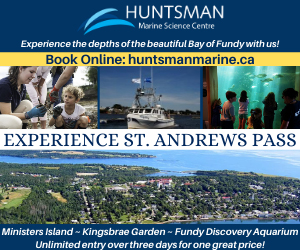 The note, provided to Blair in 2019 to get him up-to-speed on his portfolio, also indicated "the demand for contract officers outstrips the RCMP's capacity to recruit and train," which is impacting officer health and wellness.

"Federal policing responsibilities have been and are being eroded to meet contract demands," the note goes on to read. "The program is costly and Government of Canada is not recovering all costs related to policing in contract jurisdictions."

PSC pegs the overall federal share closing in on $750 million from $618 million nearly 10 years ago.

Existing 20-year agreements, including the one with Nova Scotia, sees the federal government pay 30 per cent of policing costs of contract jurisdictions with populations under 15,000 people. That percentage reduces to 10 if the area has more than 15,000 people. The agreement expires in 2032.

"There is growing dissatisfaction from contract jurisdictions relating to, e.g., costs, officer vacancies and the resultant impact on community safety," reads another section of the two-page briefing note.

"With the RCMP and provincial and territorial partners, Public Safety Canada continues to advance proposals to make certain contract policing is effective and efficient across all jurisdictions," Zarah Malik, a PSC spokesperson, told LighthouseNOW. "And to address issues of mutual interest such as frontline policing priorities, force generation, modernization and cost containment," she added.