With my car in the shop, I've been restricted to birding by foot around home.

I've been taking walks to Fort Point, LaHave and most days I saw song sparrows. our most populous sparrow. They nest from the Aleutian Islands, Alaska, the Yukon, Mackenzie, Saskatchewan, and east to Newfoundland, south to Baja California, Mexico, New Mexico, Kansas, Arkansas, Tennessee, Georgia, and South Carolina.

The song sparrow is 12.5 to 17.5 cm. with a wingspread of 20.6 to 23.1 cm. There is much variation in this species, but the general overall appearance is generally brown above with streaks and stripes on the back and face; a white breast heavily streaked with a dark central breast spot. There is a long-rounded tail.

Insects comprise about half of the food for the song sparrow. They eat beetles, grasshoppers, cutworms, army worms, ants, wasps, ichneumon flies, winged termites, bugs, leafhoppers, flies, etc. They also consume seeds of grasses, weeds and some waste grain, wild fruit such as blackberries, blueberries, elderberries, wild cherries, grapes and others. They come to bird feeders for food also.

Most days I have seen a merlin, which seems to be taking the same flight path at the same time every day. It flies by along the shoreline in the direction of the LaHave Bakery and later heads back towards Riverport and always during the later part of the morning. There is also a belted kingfisher that I see at Fort Point most days.

Great blue herons are becoming harder to come by. On Nov. 9, Barbara McLean found a yellow-billed cuckoo along Shoreline Drive in Lunenburg.

On Nov. 11 Marjorie Zwicker of Auburndale reported a brown creeper, a red-breasted nuthatch, a golden-crowned kinglet and a white throated sparrow. On that same day at Indian Point, Deborah Rogers saw a leucistic blue jay. I'm told that the one at First Peninsula is still present. As a reminder, leucistic means that the pigments that give colour are missing from the animal or bird. Therefore, the blue of the jay will appear as white.

On Nov. 13, Barbara McLean saw a long-tailed duck, a black-headed gull and a horned grebe along the front harbour of Lunenburg. Marg Millard spotted horned larks along a beach in Queens County and Dorothy Poole had two chipping sparrows at Port Medway. Dorothy reported a large group of migrants moving through Port Medway Nov. 13. 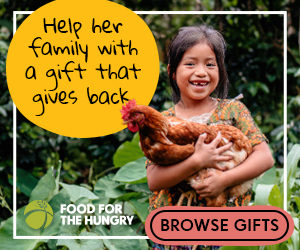 Catherine Pross sent me a photo of a bird that had landed on a ship that was headed to Greenland in August. It was a red-breasted nuthatch. During migration birds will often drop down on ships if they are tired and need a rest. Sometimes they are exhausted to the point where they are no longer able to continue migrating.

On Nov. 9, Jake Walker sighted a black-headed gull at the New Minas sewage lagoons. Eric Mills had three pine grosbeaks on Brier Island on that day.

At Glace Bay, Steve McGrath reported three Hudsonian godwits and one long-billed dowitcher. On Nov. 10, John Loch sighted a red-bellied woodpecker at the Miner's Marsh in Kentville. At the Hawk on Cape Sable Island, Mark Dennis saw two cave swallows. On Nov. 11, a snow goose showed up at Canard Pond and was seen by Richard Stern. Tony Millard reported a northern parula at Cape Forchu and Mark Dennis had a red-bellied woodpecker at Clam Point on Cape Sable Island.

A clay-coloured sparrow near Walter Cove, Wine Harbour was a nice find by Angela MacDonald on that day and she located a least flycatcher at Hartlen Point. Ray W. sighted a cackling goose and a barnacle goose at Forbes Lake. At the Fairview Cemetery on Nov. 11, Lori Buhlman saw an orange-crowned warbler, a Nashville warbler and a red-bellied woodpecker. She also reported a pink-footed goose along Indian School Road in Subenacadie.

On Nov. 12 Elizabeth Doull went to Chebucto Head and saw 40 black-legged kittiwates. Later that day Dominic Cormier visited the same location and reported 100s of these birds. Dominic also saw a razorbill, a dovekie and a parasitic jaeger as well as two barn swallows.

At Bisset Lake on the same day Megan Boucher reported two redheads and ruddy ducks. A cattle egret was found at the Halifax Common by Kyle d'Entremont and Jim Edsall saw a common gallinule at Grand Desert Lake. Kyle also reported a snow goose at Blomidon Crescent. At a sea watch at Baccaro, Mark Dennis was pleased to see four pomarine jaegers, a northern fulmar, two Cory's shearwaters, greater shearwaters and razorbills. There also were two harlequin ducks there.

Nov. 13 produced a couple of early common redpolls for Angela MacDonald at Indian Harbour Lake. Peggy Scanlan and Ken McKenna found a little gull at Boat Harbour. A Lincoln's sparrow and a yellow-billed cuckoo were discovered by Diane Leblanc at the lighthouse at Chebucto Head.

Also on that day another yellow-billed cuckoo was found by Dominic Cormier at the Grand Desert Marsh and while Ray W. was visiting the Fairview Cemetery he saw a Nashville warbler, a Lincoln's sparrow and a dickcissel.