Every May, Ottawa blossoms into a blaze of colour amid the Canadian Tulip Festival. The annual festival, which runs May 8 to 18 this year, celebrates the historic royal gift of tulips from the Dutch to Canadians in recognition of the substantial role Canadian soldiers played in liberating the Netherlands in the Second World War.

LaHave artist, Merydie Fjarlie, who owns the Square Peg Gallery on Highway 331 in Lunenburg County, is the visionary behind the internationally renowned gold-work sculpture, The Bouquet of Remembrance and Celebration, created for the festival. What follows is an abridged version of the tribute to the local artist that was written by her friend, who is the chair of the South Shore Tourism Cooperative, Donna Hatt.

Sitting in her studio overlooking the LaHave River, gold-work artist Merydie Fjarlie holds a spoon in one hand and scrolls through the Canadian Tulip Festival website with the other. Like a key to the past, this spoon stirs up fond memories; it was the seed from which a larger-than-life bouquet of tulips blossomed in 2002 in honour of the festival's golden anniversary and which now resides among royalty.

Reflecting on this year's festival, Fjarlie, who is a former Ottawa resident, says the Canadian Tulip Festival has always held a special place in her heart. As an artist, she was "called" to create a signature piece embracing the world-renowned blossoms as a means to honour, in her own words, "the sacrifices, shared memories and future hopes of both Canada and the Netherlands, and the liberation of the Netherlands."

This year's festival observes and celebrates the 75th anniversary of the Liberation. Stitch-by-stitch, Fjarlie recalls the journey she embarked upon as she curated, guided and created The Bouquet of Remembrance and Celebration" for the festival's 50th anniversary in 2002.

It's this journey that she fondly reflects on this particular morning, as she watches the sun rise above the LaHave River. With it etched clearly in her mind, she recalls the ceremony in which she and fellow member artists of the Studio Inspirations group presented the finished bouquet to Princess Margriet and the Netherlands' Royal Family on behalf of Canada.

The Bouquet of Remembrance and Celebration has been described "as beautiful as a Faberge Egg." Rising more than a meter high, it's an exquisite bouquet of 50 gold-work embroidered tulip blossoms with fallen petals at its base. Each bears an intricate motif, intentionally and thoughtfully entrenched in symbolism.

Honouring a friendship between countries that has blossomed over the decades, this bouquet serves as an enduring war memorial. Consisting of 3,500 pieces, the hand-stitched sculpture took 16 months to complete. The very spoon Fjarlie holds in her hands now and proudly displays in her studio served as the template for the petals. 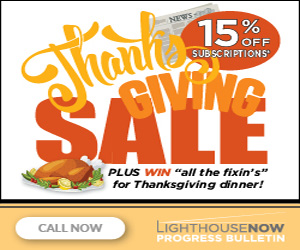 Unveiled during the festival's 50th anniversary in 2002, the bouquet toured event venues in Ottawa and Hull. The sculpture was presented to Princess Margreit as a gift from Canada to the Royal Family of Netherlands at a moving ceremony. Princess Margreit was born in Ottawa in 1943, after her Mother Queen Julianna and family sought shelter in Ottawa during the Nazi occupation of the Netherlands in the Second World War.

Fjarlie says creating a bouquet of 50 tulips was a natural and obvious choice. "Since the original gift of 100,000 tulips to Canada in 1945, tulips continue to serve as the symbolic connection between the Netherlands and Canada" she says. "As the canvas for each of the motifs, 50 tulips in honour of the 50th anniversary gave me the opportunity to pay homage to the many lives affected and impacted during the war ,and, just as importantly, celebrating and expressing gratitude."

Fjarlie recalls the ceremony at Major's Hill Park in Ottawa when Princess Margreit graciously accepted the bouquet, remarking, "These flowers are a symbol of the permanency of the mutual friendship between Canada and the Netherlands."

A letter from the Netherlands Ambassador to Canada at the time reads in part, "This piece of art represents the roots of friendship which have been watered by blood, the blood of 7,600 Canadian soldiers who died in Holland. They created the foundation for a determination to keep our heads up and bloom forever."

Fjarlie says she herself hasn't seen the bouquet since that time, but that she and her fellow bouquet artists were in awe when it was seen proudly on display within Het Loo Palace in Apeldoorn, Holland, during the 60th anniversary of the Liberation in 2005.

While Fjarlie won't be able to be in Ottawa for the Liberation's 75th anniversary, she says she is forever grateful to the members of Studio Inspirations who embraced and enabled her vision to become a reality. "This talented group of artists dedicated not only their special skills and talent but an extraordinary piece of themselves to this project. I cherish our journey maybe even more so than the final work of art itself."

Unsure of its current location, Fjarlie has embarked on a quest to locate the bouquet with a vision to see it come home and undertake a Canadian tour marking its 20th anniversary in 2022.

This gift of work from the talented and generous mind of Fjarlie and the members of Studio Inspirations is a legacy of friendship, kindness and love, just as important now as it was 18 years ago when it was completed.

As Fjarlie's fellow bouquet artist Jackson put it, "The real beauty in this work of art is not the embroidery or the gold, but the reason for its existence and that is the unique bond between the people of The Netherlands and Canada, and in remembrance of the young men and women from a Country a world away who volunteered to come to their aid."